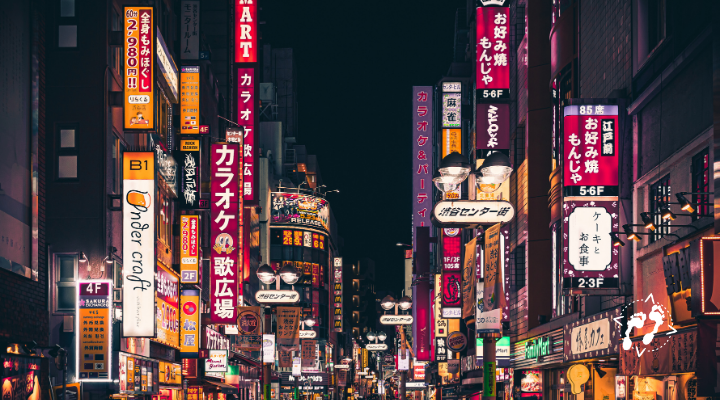 Discover some of the main avenues in Beijing. The Great Chinese Imperial Palace, better known as ¨The Forbidden City¨, the most majestic architectural complex in China from where 24 emperors ruled for almost 500 years. Your will also have the opportunity to visit Jingshan Park where the Coal Hill is located, one of the best preserved imperial gardens in Beijing. Tour of 9 days visiting Beijing, Nanjing, Suzhou, Tongli, Shanghai, Tokyo.

DAY 01 SUN. Beijing.-
Welcome to China. Transfer to the hotel. Early in the evening, to familiarise ourselves with the city, we provide a transfer to Wangfujing street, a pedestrian and commercial street full of life with many shops and restaurants. Dinner included and return to hotel.

DAY 02 MON. Beijing.-
Today’s programme includes an excursion to visit the GREAT WALL OF CHINA (section Mutianyu). spectacular architectural work. Its history covers more than 2000 years. The day will include a cable car ride up and down to one of the most scenic areas. Returning to Beijing, we will stop in the 798 th district, with its contemporary art located in an old military factory. We will also visit the TEMPLE OF HEAVEN, one of the country’s largest sacred complexes and a World Heritage Site. Before returning to the hotel, and as a way to rest from this intense day, we will enjoy a foot massage and we will take a Tai Chi class. We will bid farewell to Beijing with a lacquered duck dinner included.

DAY 03 TUE. Beijing.-
An exciting day awaits us. We will discover the main points of interest in the Chinese capital. We will have a full day visit in which we will visit some of the main avenues in the city. The Great Chinese Imperial Palace, better known as ¨The Forbidden City¨, the most majestic architectural complex in China from where 24 emperors ruled for almost 500 years. We will also have the opportunity to visit Jingshan Park where the Coal Hill is located, one of the best preserved imperial gardens in Beijing. We ascend to the top of the hill to have the best views (if the day is clear) on the Forbidden City. We will walk through the immense Tiananmen Square one of the largest squares in the world, and from them, we will appreciate the Great National Theater, Beijing Opera House. Lunch is included. Today, we will also visit the SUMMER PALACE, the Imperial House of the Qing Dynasty with its beautiful gardens and lakes. In the afternoon we include a tricycle ride through the traditional neigbourhood of Beijing, known as Hutong. In this area we can see the typical life style in these popular neighborhood, visit typical shops and even a traditional house, a Siheyuan, with all its lounges around a courtyard. Return to the hotel and overnight.

DAY 04 WED. Beijing- Nanjing.-
After breakfast, we go to the train station, where we take one of the extremely modern high speed trains in China. At 300 km/hour, in less than 4 hours we cover almost 1.000 km and will arrive in NANJING, a city of eight million people and considered by many to be the most pleasant in China. We will be amazed by the activity and commercial life of this modern metropolis. We will visit the Purple Mountain, where we will look round the SUN YATSEN mausoleum and the picturesque Lingu Temple. Free time later on. Overnight.

DAY 05 THU. Nanjing- Suzhou- Tongli- Shanghai.-
We leave for SUZHOU, which has wonderful gardens that are a UNESCO World Heritage Site. This city was the main silk producer in the world, and was always associated with beauty and elegance. We include entrance tickets to the garden of the humble administrator. We will have free time to stroll along the very picturesque Pingjian road. Lunch is included. After that we go to TONGLI, a charming lake town with its small houses next to the canals and their gondolas. We included a nice boat ride. Continue on to SHANGHAI. Accommodation.

DAY 06 FRI. Shanghai.-
In the morning, our trip includes a visit round this impressive city. We will know the area of Pudong, located across the Huangpu River, is now the financial district, with its skyscrapers as the Pearl Tower. We include a ferry crossing of the Shanghai River which will give us great views of the two parts of the city. We will stroll the Old City and the Yuyuan Garden, a private garden that was built during the Ming Dynasty. We will enjoy a demonstration of the Tea ceremony, traditional drink that plays an important cultural role in China. We will pass by one of the most fashionable neighborhoods of the capital, Xintiandi. Lunch included. Then, visit Tianzifang, a former residential area known for its narrow, labyrinthine traditional streets with its small craft shops and art galleries. We finish the visit along the Bund with its old buildings that remind us of the influence of European trade. Free afternoon. If you wish, you can enjoy a boat trip to see Shanghai at night, it will be an unforgettable experience.

DAY 07 SAT. Shanghai- Tokyo.-
After breakfast a transfer takes you to the airport to take your flight to Tokyo. Welcome to Japan! Transfer by coach (shuttle bus) to hotel.  18H30.- Meeting with guide. Late in the afternoon, we will pay a visit to this fascinating country by taking a trip on the metro (tickets included) to the Shinjuku district and see the crowds of people who use this modern and efficient collective transport system. Shinjuku is one of the most important nightlife districts. Dinner included and return to hotel by metro with our guide. NOTE: This visit may take place on the day of arrival or after the panoramic city tour next day, depending on the passenger flight arrival times.

DAY 08 SUN. Tokyo.-
In the morning, we take part in a 5-hour trip with our guide to see this amazing city, with its hustle and bustle and extremely modern districts that coexist with quiet, peaceful areas. Brief stop at the Zojoji Temple to make a beautiful photograph of the Tokyo Tower. Pay attention to the hundred of Jizos, stone traditional protecting deities who guide us on our travels, give power to those who are weak (such children) and those in dangerous places, and who are dressed including hats, robes and windmills. Then we head to the junction of Shibuya, a junction that is said to be the most crowded in the world. The Meiji Temple is dedicated to the Emperor Meiji, his wife, and their spirits. We continue on our bus along the elegant street of Omotesando. We will edge the most beautiful part of the Imperial Palace and the gardens. Stop to visit the famous Nijubashi Bridge. We will pass through the district of Akihabara, the “electric town” with icons from the popular Japanese Manga and Anime culture and then see Kokugikan, the Sumo stadium, home of this Japanese sport. We will also visit the Buddhist temple of Sensoji, the oldest and most important temple in Tokyo, with its 55-metre high pagoda. Then we will have some free time to visit the traditional commercial street of Nakamise in the district of Asakusa. Lunch included in a local restaurant. Return to hotel. Free time in the afternoon. NOTE: During the Japanese Olympics, accommodation may be given near Narita airport.

DAY 09 MON. Tokyo.-
After breakfast, end of our services