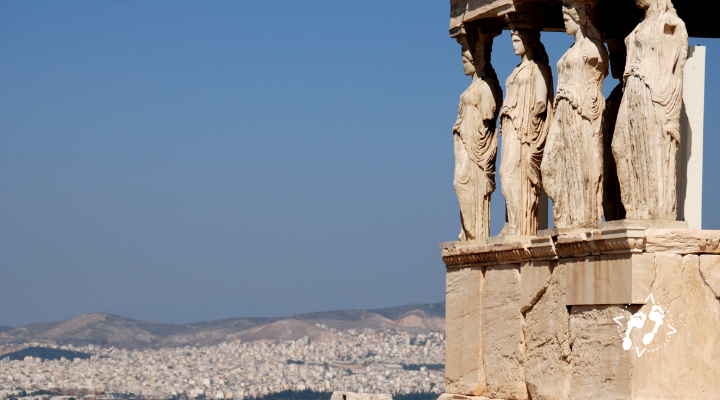 DAY 01 SUN. Athens.-
TODAY’S HIGHLIGHTS: Arrival. Transfer to the hotel.
Welcome to Europe!!! On arrival at the airport we shall be waiting to transfer you to the hotel. You can enjoy free time until your tour starts, information about the meeting place and start time can be found on the information boards in the hotel reception area.

DAY 02 MON. Athens.-
TODAY’S HIGHLIGHTS: City tour in Athens. Evening transfer.
We will enjoy a panoramic tour of the city with a local guide which includes the Presidential Palace, the Panathinaikos stadium where the first modern Olym- pic games were held, the national library, the bustling squares of the centre; the new neighbourhoods that emerged after the 2004 Olympic games. The tour will end at the Acropolis site (entry not included). In the evening we include a transfer to the PLAKA quarter, a place full of small Greek taverns where you can also enjoy this country´s folklore.

DAY 03 TUE. Athens- Kamena Vourla- Meteora- Kalabaka.-
TODAY’S HIGHLIGHTS: Meteora Valley with entrance to a Monastery. Dinner included.
We set off in the early morning for the North of Greece. A stop at KAMENA VOURLA, a pretty tourist centre by the sea amidst magnificent countryside. Continuation northbound. We make a brief stop at the gorge where the battle of Thermopylae took place. KALABAKA, ar- rival in the early afternoon. We will visit the Valley of the METEORA, an impressive place declared UNESCO World Heritage. We will see the whole of the valley and will have the chance to enter one of the most famous monasteries (entrance included). Dinner and accom- modation.

DAY 04 WED. Kalabaka- Thessalonica- Melnik-Sandanski.-
TODAY’S HIGHLIGHTS: Beautiful landscapes of Macedonia. Dinner included.
We travel through the North of Greece, amidst pretty mountain scenery, to the Aegean Sea. Arrive in THES- SALONICA with time for a stroll and lunch in Greece’s second largest city. After this we continue towards BULGARIA, and the border pass. In Bulgarian Macedonia we stop in MELNIK, a picturesque museum village in beautiful scenery amidst a wine producing area. Arrive inSandanski, at this beautiful small spa city, the birthplace of Spartacus. Dinner and accommodation.

DAY 05 THU.Sandanski- Rila- Sofia.-
TODAY’S HIGHLIGHTS: Rila monastery. City tour of Sofia.
We visit the beautiful Rila Monastery, the heritage of mankind, with its appearance of a fortress surrounded by forests. We continue to SOFIA, where we arrive at the end of the morning. After lunch, we include a tour of the capital of Bulgaria, where we will see the Alexander Nevski Cathedral, the Russian Church, the Mosque, its squares and avenues of Stalinist architecture. Rest of day at leisure.

DAY 06 FRI. Sofia- Bachkovo- Plovdiv.-
TODAY’S HIGHLIGHTS: Plovdiv. Dinner included.
In the morning we will leave for BACHKOVO MONASTERY, Bulgaria’s second most important monas- tery, founded in the eleventh century, with its three churches, we feel it as a place full of peace. Continue to PLOVDIV, where we will visit the city, which is one of the oldest in Europe. Here we include tickets to the Roman Amphitheatre, the ancient chemist’s and the Armenian House. Dinner included.

DAY 07 SAT. Plovdiv- Kazanluk- Shipka- Etara- Arba- nassi- Veliko Tarnovo.-
TODAY’S HIGHLIGHTS: Balkans mountain. Thracian tomb, Church of Nativity in Arbanassi. Lunch included.
Today’s journey takes us through beautiful scenery across the Balkans mountain range. In the valley of the Roses, we will see KAZANLUK, where tickets are included to the replica of the Thracian Tomb (Her- itage of Mankind) and we will learn about the production of products derived from the roses. Amidst the mountains, we stop at the Russian church of SHIPKA, which commemorates the war between Russia and Turkey. Visit ETARA with its charming village/ ethnographic museum. Lunch included. After this we travel to ARBANASI, an ancient trading city with its fortress-houses, where we visit the Church of the Nativity with entrance included. Travel to VELIKO TARNOVO, Bulgaria’s former capital, with a very pic- turesque medieval centre. Note: In some cases, Arbanassi may be visited on Sunday morning instead of Saturday.

DAY 08 SUN. Veliko Tarnovo- Dimitar Basarbovski Bucharest.-
TODAY’S HIGHLIGHTS: Panoramic tour of Bucharest. Dinnerincluded.
We travel to Romania and on our way we will stop to visit the BASARBOVSKI MONASTERY, a place of pilgrimage dug out of the rock. We proceed to cross the border and the river Danube, arriving to BUCHAREST in the early afternoon. Time for lunch, then we will take a panoramic tour of the city with its ancient quarter and the giant Parliament Palace. Leisure time followed by dinner.

DAY 09 MON. Bucharest.-
After breakfast, end of our services.