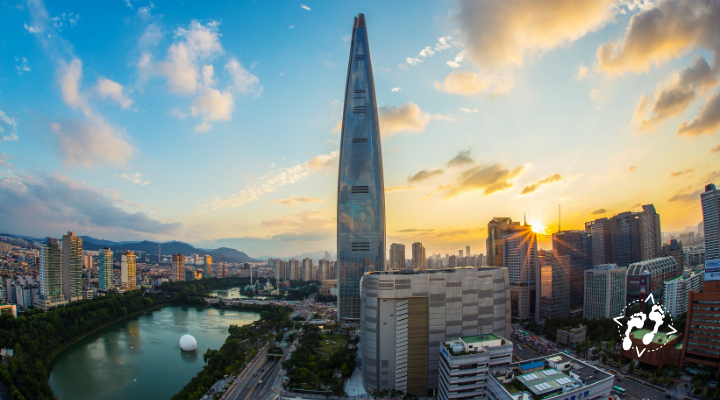 From Seoul to Hiroshima

Visit the War Memorial, an impressive war museum that tells of the different conflicts suffered by Korea during its history, particular the Korean War with the United Nations in which soldiers from many different countries took part. Tour of 7 days visiting Seoul, Suwon, Jeonju, Haeinsa, Daegu, Busan, Ferry Busan, Shimonoseki, Iwakuni, Itsukushima, Hiroshima.

DAY 01 MON. Seoul.-
Welcome to Korea! Transfer to hotel in group transport. Meeting with your guide. At the end of the afternoon, we are going to enter this fascinating country and with our guide we will go on the modern and efficient underground (we will be taught to use this public transport) to City Hall to see this building shaped like a tsunami. In front of the City Hall, we will also see the Deoksugung Palace, which is lit up at night and which allows us to appreciate the tradition and modernity of this country together. On foot, we will then go from here to the district of Myeongdong, the largest and busiest shopping area in Korea. Its name means “brilliant tunnel”. Dinner included in a local restaurant. Accommodation.

DAY 02 TUE. Seoul.-
Today we include a tour of the city of Seoul lasting five hours. We will see Changdeokgung Palace. This is a World Heritage Site formed by a group of palaces inside a large park. After the visit, we will go to Bukchon Hanok Village, a traditional historical neighbourhood with tiny houses. Afterwards we will visit the War Memorial, an impressive war museum that tells of the different conflicts suffered by Korea during its history, particular the Korean War with the United Nations in which soldiers from many different countries took part. We continue to the Gangnam District, one of the busiest areas of the city, where there are numerous shopping and leisure centres. To finish, we stop at LOTTE WORLD TOWER, an impressive 550 m building where there will be time to climb the tower (entrance not included) or stroll in the park or around the luxury shopping centres. Lunch included in a local restaurant. Return to the centre and free time.

DAY 03 WED. Seoul- Suwon- Jeonju.-
Today we include in Seoul the Gyeongbokgung Palace, an impressive palace that is 600 years old, where we will see the Changing of the Guard ceremony (if scheduled). Our next stop is the city of SUWON, former capital of Korea, a World Heritage Site famous for its walls Heritage of Mankind. We will stop at the Samsung Innovation Museum to learn about the history of this famous technological company. Note: The visit to the Samsung Innovation Museum is not always guaranteed. In case it is not possible, Samsung D´Light will be visited instead. We will see the impressive wall with its fortifications and will visit Hwaseong Haenggung, the summer palace. Lunch included in a local restaurant. We continue to JEONJU, where we will see its fascinating old town (Hanok Village), with its tiny houses, traditional shops and art galleries.

DAY 04 THU. Jeonju- Haeinsa- Daegu- Busan.-
Amidst impressive mountain forest scenery, we come to HAEINSA, a Buddhist temple built in the year 802 where we discover the Tripitaka, the most complete collection of Buddhist texts engraved on 80,000 blocks of wood. We will visit the temple and the museum on the Tripitaka. We go on to DAEGU where we see the market of traditional medicines with its different herbs, and especially ginseng, and the Museum of Oriental medicine. Lunch included. We come to BUSAN. We are in the second largest city in Korea, full of life. Time in the fantastic Doosan Haeundae complex with its more than 300 m skyscraper and its sports marina. Accommodation.

DAY 05 FRI. Busan- Ferry Busan- Shimonoseki.-
Day in BUSAN. We are going out to the city of Busan to visit HAEDONG YONGGUNG, 14th century Buddhist temple located by the sea. Return to Busan. We see the memorial to the United Nations with its cemetery were people from numerous countries are buried. We approach the largest fish market in the country, which is alongside Nampo port. Lunch included. Then we walk from there to Yongdusan park with its immense 120 m pagoda. Afternoon free. Night on a ferry, expected departure at 21.00hrs, crossing the sea of Japan in double cabins with bathroom.  Note: Due to the ferry´s limited capacity in double cabins, we will sometimes take a fast ferry leaving Busan at 15:00 hrs. and arriving in FUKUOKA at 18:30 hrs. (border crossing, free time in Fukuoka and hotel accommodation).

DAY 06 SAT. Ferry Busan-Shimonoseki- ShimonosekiIwakuni- Itsukushima- Hiroshima.-
We dock at the port of Shimonoseki at 08.00hrs (breakfast not included) and cross the border. We then depart for IWAKUNI, a small city where we will stop to admire the beautiful historic Kintai-Kyo Bridge. We then continue to Miyajimaguchi where we take a ferry to Miyajima, the island “where men and Gods live together in peace”, with its Itsukushima shrine dedicated to the guardian of the seas, built partly over the sea. Here we have time to visit the temple, stroll through its attractive centre and have lunch. Then we continue to HIROSHIMA, sadly famous as the site where the atomic bomb fell in 1945, which destroyed the whole city. We will visit the Peace Memorial Park, the Atomic bomb dome and the impressive Peace Memorial Museum. Dinner included.

DAY 07 SUN. Hiroshima.-
After breakfast, end of our services.