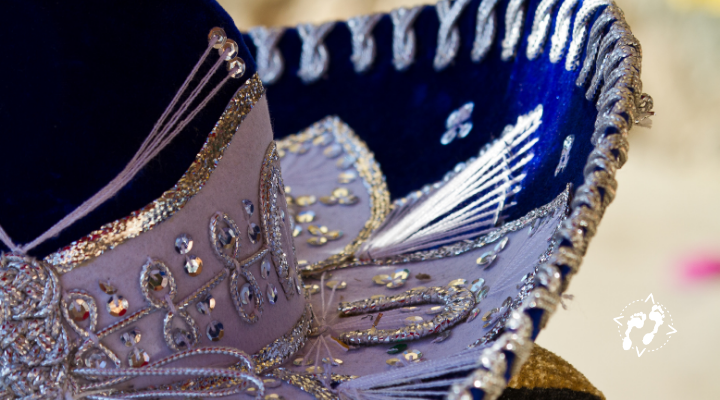 DAY 01 FRI. Mexico City.-
Arrival. Welcome to Mexico. Transfer to hotel and free time. Our guide will contact you late in the afternoon or provide information through the informative panels in the hotel reception area.-

DAY 02 SAT. Mexico City.-
Today we have a fantastic day acquaint ourselves with Mexico. We include a sightseeing tour of the city. We will visit the Plaza of Three Cultures, and the historic centre in which the Zócalo (main square) and its Metropolitan Cathedral stand out, the main Aztec temple, Chapultepec Park, the “Paseo de la Reforma” Avenue and the other main avenues of this impressive city. At the end of the visit we travel to the BASILICA OF GUADALUPE, the most visited Catholic temple in the Americas where the Virgin of Guadalupe is found. There we will be able to explore the old basilica dating back to the 18th Century and also the modern temple. In the afternoon we travel to the neighbourhood of XOCHIMILCO, a wonderful place with its canals and semi-floating gardens. Here we include a ride in a “trajinera”, one of the boats festooned with flowers. In the evening we include a transfer to the Plaza de GARIBALDI, with its many bars, restaurants and bars where tacos and tequila are served and the Mariachis sing. Dinner is included in a traditional restaurant.

DAY 03 SUN. Mexico- Teotihuacán- CholulaOaxaca.-
We begin our tour by going to TEOTIHUACAN, which in Nahuatl means “the place where men become gods”, and is one of the most impressive cities from the ancient world. We will admire the pyramids of the sun and the moon, entry ticket and visit. We continue our route to the very picturesque CHOLULA, with its beautiful square, its tunnels under the pyramid and the picturesque sanctuary of Nuestra Señora de los Remedios from where you can admire the magnificent panorama. Time to have lunch. In the afternoon, we travel to the state of Oaxaca. Arrival at OAXACA at the end of the day.- Dinner included.

DAY 04 MON. Oaxaca- Monte Alban- El Tule- Oaxaca.-
Visit included to OAXACA, a UNESCO World Heritage City of Aztec origin with its impressive monumental heritage, after which we go up to the site of MONTE ALBAN, which is set deep in a 400-metre mountain above the Valley of Oaxaca – entry tickets and visit are included. This is the most magnificent of the Zapotec cities. This is the most magnificent of the Zapotec cities. On the outskirts of Oaxaca we know SANTA MARIE EL TULE, together with its beautiful church, it contains a two thousand year old tree that has one of widest trunks in the world. Free afternoon in Oaxaca, an extremely beautiful colonial city which is full of life.

DAY 05 TUE. Oaxaca- San Pablo Villa de MitlaTuxtla.-
We leave early and stop at SAN PABLO VILLA DE MITLA, a magical town. We allow time for a walk together to the Church of San Pablo dating back to the Sixteenth Century and through its beautiful rustic streets. We continue our route in the sierras of Oaxaca towards the Isthmus. Lunch is included on route. At the end of the afternoon, we arrive in TUXTLA GUTIERREZ, the capital of the state of Chiapas. We will go with our guide to the Marimba Park, where we will listen to a live group playing the Marimba, the emblematic instrument of Chiapas.

DAY 06 WED. Tuxtla- Sumidero Canyon- Chiapa del Corzo- Zinacantan- San Juan de Chamula- San Cristobal.-
We see the CAÑON DEL SUMIDERO, on a boat we sail up this impressive canyon almost 1 km deep and 14 km long. Then we take a stroll in CHIAPA DEL CORZO, a colonial site of tradition and culture. After this, we go further into the Mayan culture and visit beautiful villages inhabited by the Tzotziles Indians. In ZINACANTAN we can admire the dresses of the women and the beautiful shops and weaving workshops. In SAN JUAN CHAMULA we will be surprised by its church which mixes Christianity with pre-columbine traditions in its rites. Continuation to SAN CRISTOBAL DE LAS CASAS, arrival at lunchtime. Afternoon free in this very beautiful colonial city founded in 1528.

DAY 07 THU. San Cristobal- Ocosingo- Agua Azul- Misol Ha- Palenque.-
A stage of beautiful mountain scenery inside Chiapas, visiting areas inhabited by communities that have maintained their Mayan language and traditions. A stop in OCOSINGO, the regional capital. After that we continue to AGUA AZUL, admission included to the National Park, lunch included and time to walk or bathe among the more than 50 waterfalls between three and 30 metres tall. We go on to MISOL HA, an impressive waterfall that you can walk behind. Continuation to PALENQUE – Dinner included and accommodation. Note: in some instances, roadblocks might be expected in the region of Ocosingo due to local social issues. In that event, we would take an alternative route visiting the City of Villahermosa and the ecological reserve of Yumka instead of the usual stops at Ocosingo, Agua Azul and Misol Ha.

DAY 08 FRI. Palenque- Champoton- Merida.-
We see the impressive archaeological site of PALENQUE, a Mayan city surrounded by jungle, where we will see its temples, pyramids and ball game. Admission and tour with local guide included. After this, we travel to the Gulf of Mexico through the state of Tabasco. Lunch included (on route). Arrival in CHAMPOTON, a picturesque small town by the sea. In the bus we will travel along the Malecon and stop next to Nuestra Señora de las Mercedes, the patron saint of the state. Continuation to MERIDA. Arrival at the end of the day, dinner included and accommodation.

DAY 09 SAT. Merida.-
Tour of the city of MERIDA, the vibrant capital of the Mexican Yucatan State boasts a rich colonial and Mayan heritage. We see the fortified cathedral of Merida and the limestone church of the Third Order as well as the House of Montejo, a 16th century mansion and the emblem of Plateresque colonial architecture. Afternoon free, we suggest you visit the Museum of the Mayan World on your own. In the evening, we include a transfer to attend the ¨Sacred Stones” show of light and sound. Accommodation.

DAY 10 SUN. Merida- Mexico City.-
Tour of the city of MERIDA, the vibrant capital of the Mexican Yucatan State boasts a rich colonial and Mayan heritage. We see the fortified cathedral of Merida and the limestone church of the Third Order as well as the House of Montejo, a 16th century mansion and the emblem of Plateresque colonial architecture. After lunch, we transfer to the airport, to take a flight to Mexico City. Arrival at the end of the day and end of our services. Note: if you have booked additional nights in Mexico city at the end of the trip, the transfer from the airport to the hotel is not included.